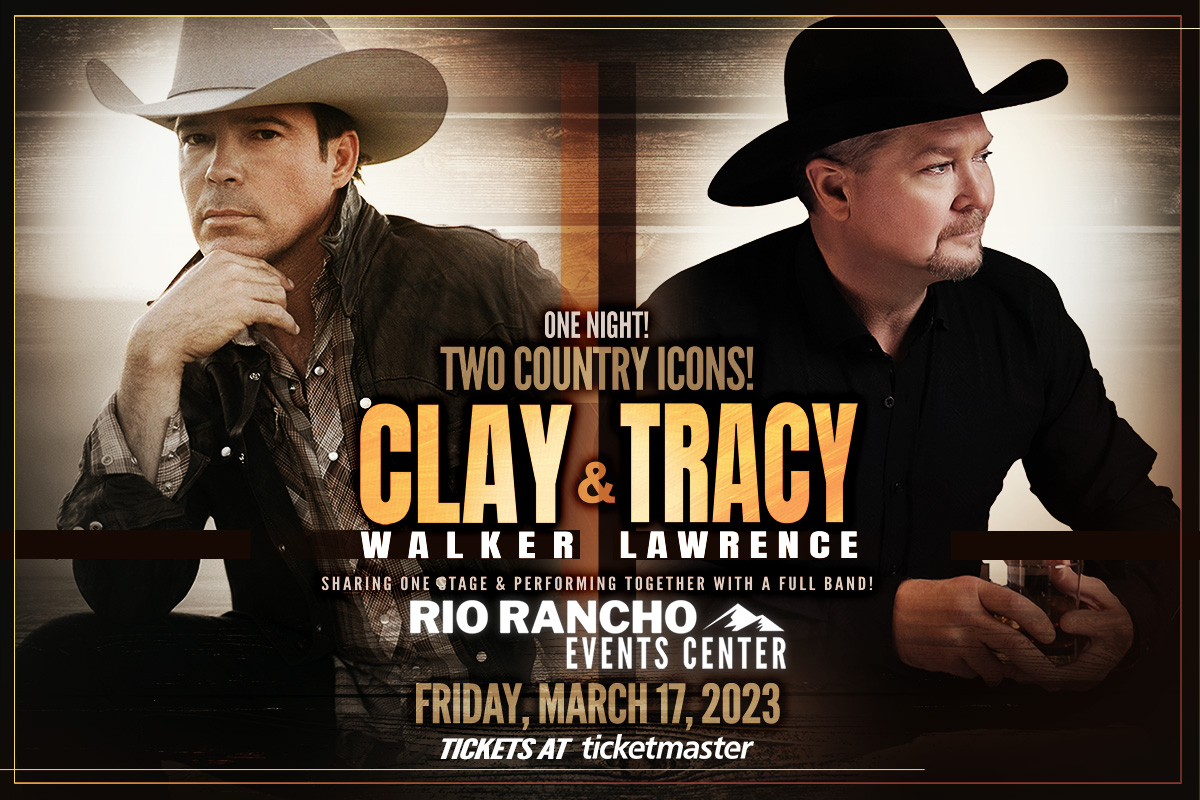 at the Rio Rancho Events Center with Kimberly Kelly 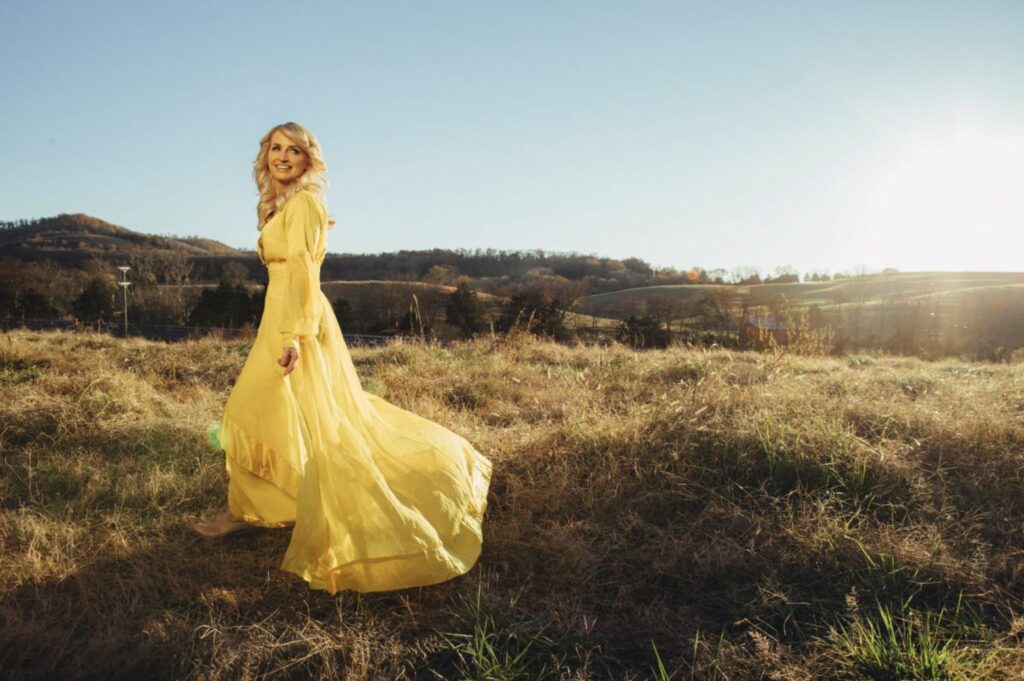 Recording artist, songwriter, and entertainer Clay Walker has earned 31 charted singles, a dozen No. 1s, four platinum albums, and decades of performances to his credit. Titles like “Live Until I Die,” “Dreaming with My Eyes Open,” “This Woman and This Man,” “Hypnotize the Moon,” “Rumor Has It,” “Then What,” “The Chain of Love,” “I Can’t Sleep” and “She Won’t Be Lonely Long” have remained country radio favorites for over fifteen years. With a robust touring schedule of over 80 shows per year, Walker continues to delight fans with his electric performances. His most recent release, the 76-song compilation Clay Walker – The Complete Albums 1993-2002 features chart-toppers like “If I Could Make a Living”—which just celebrated its 25th anniversary of reaching peak airplay.

Tracy Lawrence—one of country’s truest traditionalists—is celebrating over 30 years of nonstop hit-making. His impressive catalog of timeless music has made Lawrence a mainstay in the genre, selling more than THIRTEEN MILLION albums and charting EIGHTEEN No. 1 songs. He has garnered numerous CMA and ACM awards and nominations, as well as a Grammy nomination. Commemorating his three-decade career in 2021, Lawrence released three new albums which include all new music along with some of his favorite career hits. In addition to his chart-topping success, Lawrence hosts the nationally syndicated radio show “Honky Tonkin’ with Tracy Lawrence,” which has twice been nominated for ACM’s National On-Air Personality of the Year. Tracy has also been honored by the Nashville chapter of the Association of Fundraising Professionals with “Philanthropist of The Year” for his nationally recognized annual MISSION:POSSIBLE Turkey Fry and Concert, which has raised over $500k to provide meals to the homeless in the Dallas, Louisville, and Nashville areas.

A native of Lorena, Texas, Kimberly Kelly has multiple connections to the Nashville industry. She has also been unafraid to defy convention. “This is not my first rodeo,” she says of her label debut, I’ll Tell You What’s Gonna Happen. “I worked really hard in Texas before I came to Nashville. I wrote songs, put out records, did a radio tour, and played every weekend while earning a Master’s degree.