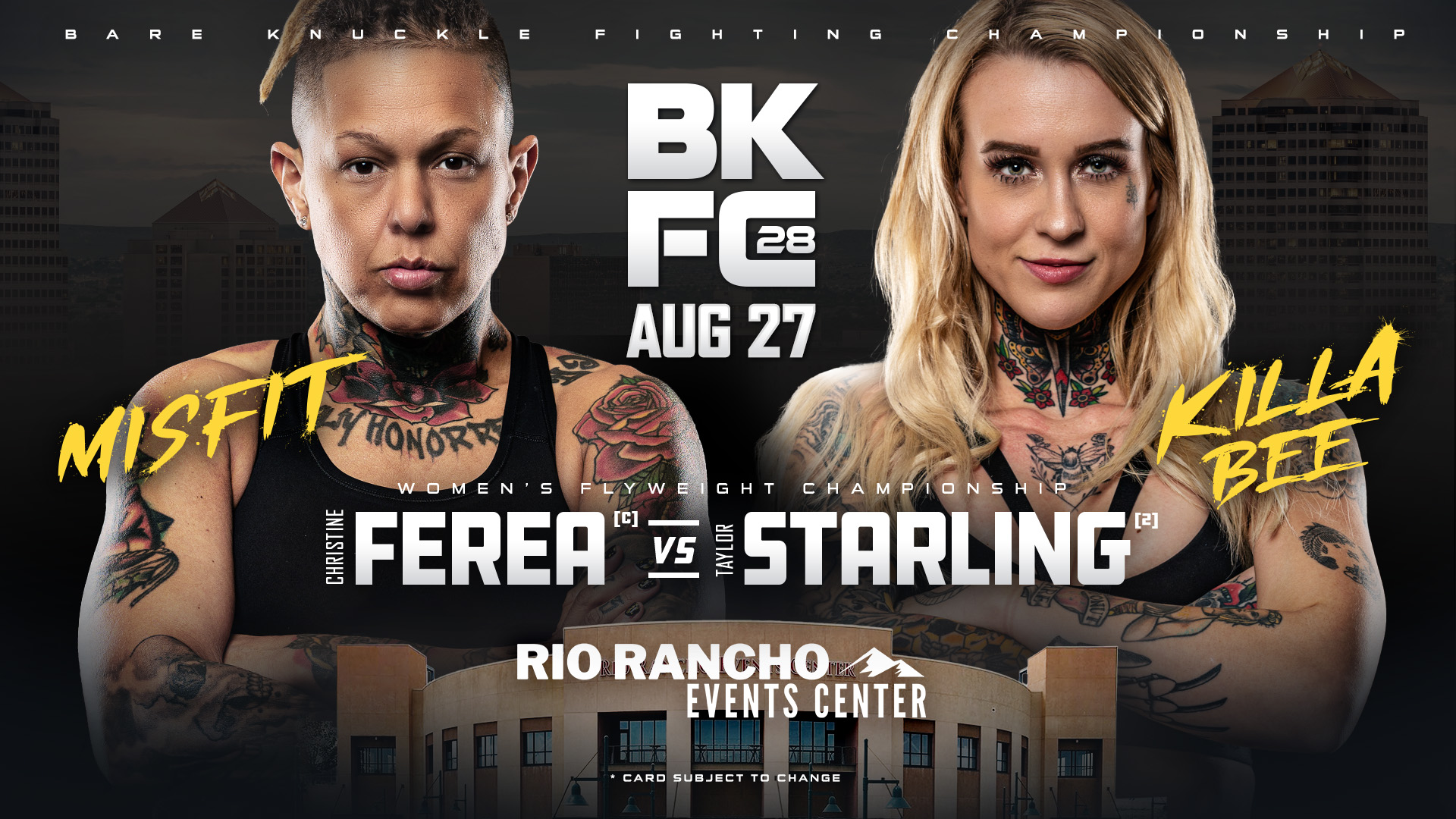 “We are thrilled to bring our first BKFC event to the great sports fans in New Mexico,” said Dave Feldman, President of BKFC. “Christine Ferea and Taylor Starling are absolutely two of the toughest and most exciting female fighters in combat sports and have built up a wealth of animosity leading up to this world title fight.”

“We’re putting together a stacked undercard which we will announce shortly and I strongly advise fans to purchase tickets well in advance to ensure entry on the night of the event.”